Where do we find gorillas – Uganda gorilla safari news? 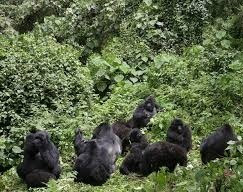 The Gorillas are known to be thriving in the dense African tropical rain forests that are spread into two distant parts with about 900m in between separating the western gorillas from the eastern gorillas which are always encountered on gorilla trekking safaris in Uganda and Rwanda.
This gorilla habitat is known to have split apart as it was initially uniform but with the forces of last ice age, the tropical rain forest was erased and savannah growth grew up after the ice period keeping the gorilla groups that had separated apart. Although the rain forest later re-evolved to regain its ground of the central African basin, the already separated gorillas did to make the attempt of re-uniting again.
As a result of this ancient separation, the gorillas have since followed different paths and their characteristics including the body spread and the genetic formation consenquently changed leading to the formation of various gorilla sub species among which including gorilla gorilla beringei which is heavily sought on Uganda gorilla safaris and tours.
Despite the fact that the borders of gorilla distribution area has been altered less over the years, their habitat has been remarkably threatened by encroachment and the major forested areas were reduced and split from others through cultivation. In regions where the habitat has been completely destroyed, the gorillas have also disappeared. The effects of gorilla habitat encroachments can be encountered while on gorilla safari in Rwanda before the country beefed up the efforts to conserve these habitats.
The western low land gorillas are noted to be thriving in the western forests spread in the countries of Cameroon, Congo, Central African Republic, Equatorial Guinea, Angola and Gabon not forgetting the Democratic Republic of Congo. The Eastern lowland gorillas are mostly found in Democratic Republic of Congo in her parks of Kahuzi biega, the Maiko National Park, Usala Forest, Itombwe massif and Tayna Gorilla Reserve.
The mountain gorillas which have gained popularity world over are known to be thriving in the counties of Uganda, Congo and Rwanda in the habitat of Bwindi Impenetrable National Park, Mgahinga Gorilla National Park, Volcanoes National Park in Rwanda and the Congo’s Virunga National Park. These have formed a rich ground for the gorilla safaris to Uganda and Rwanda and the extension to Congo has for long been limited by insecurity.
Uganda gorilla safaris/Uganda gorilla safari News
Prime Uganda safaris & Tours Ltd 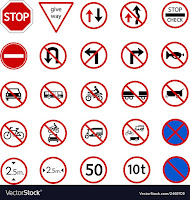