Showing posts from January, 2020
Show All

Chimpanzee Trekking Experiences For Africa Adventure Safari Travellers Besides Kibale National Park Uganda the “ Primate capital of the world ”; Rwanda is another stunning destination prominent for being home to the funniest primates in the world; chimpanzees. Chimpanzee trekking in Rwanda happens in Nyungwe National Park and its annexe Cyamudongo Forest, in southwestern Rwanda. It is a very interesting activity for you will enjoy time in the forest as you watch man’s closest cousin mimicking you, giggling, jumping from branch to branch and many more. They are more active during morning hours than in the afternoon. Nyungwe Forest, Africa’s largest Afro-montane Forest is home to about 500 Chimpanzees and close to 100 that are habituated and used to Humans near them.  The forest is the perfect supplement to a Gorilla Safari in Rwanda ’s Volcanoes National Park . There are two groups of habituated Chimpanzees in Nyungwe Forest, the larger one has about 60 chimpanzees whil
Post a Comment
Read more

Tanzania Safari Travel Tips for 2020 Tourists Intending to Visit Tanzania is Africa’s largest country sitting on a geographical area of about 945,087 km² bordered by Kenya and Uganda in the north, Burundi and the Democratic Republic of Congo in the west,  Zambia, Malawi and Mozambique in the south and to the east by the Indian Ocean. In most cases when one hears about Tanzania, the first thing that comes in their mind is the Serengeti National Park famous for its wildebeest migration wildlife safaris in Tanzania . Yes, you are right to think that way!  Tanzania safaris  are popular because of the diversity in wildlife species within her boundaries. Many tourists always try to find where to visit on an African safari and Tanzania is always one of the top destinations looked ar. But then why would one choose to tour Tanzania or add it to their safari bucket list .  However, don’t be blinded about the wildlife in tours Tanzania because it has lots of other Tanzania safari
Post a Comment
Read more

Origin of the Burchell Zebras; The Beauty of Kidepo Valley National Park

Facts; Why You Must Travel Another Destination This Year 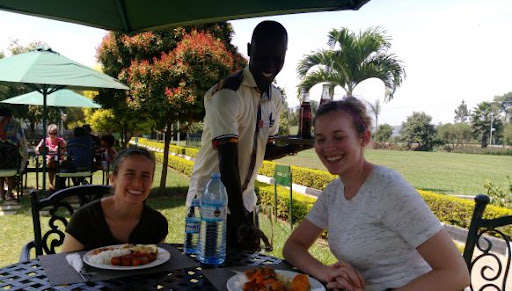 Facts; Why You Must Travel Another Destination This Year As an Africa tour operator company, we have had interactions with our Uganda safari tour clients, our Rwanda safari travellers, Congo safari tourists, Tanzania tour clients and Kenya safaris tour travellers about their Africa safari tour adventures. I just realized there is a lot of myth told to them. Myths around adventure travel are rampant these days, but also the profound experience that comes from it isn’t talked about as much as it should be either. Just like many of you, one of my best hobbies is travelling. I have ultimately witnessed several tourists coming in Uganda for their Uganda safaris / Uganda tours in the different Uganda safari / Uganda tour destinations. Christened the Pearl of Africa, a lot is expected by tourists during their Africa safari visit. In this article, we are going to look at adventure travel so you relate it to your safari countries or destinations whether you getting i
Post a Comment
Read more

2020 Prominent Uganda Wildlife Safari Travel Destinations New year’s always start with new resolutions and for the passionate travellers, something new should always be in the travel bucket list, so here are the prominent destinations to visit during your tour in Uganda in 2020 either for the first time or for a new reason. Known as the pearl of Africa and so for the beauty appreciated beyond borders, Uganda is blessed with diversity. The country is blessed with unique natural art ranging from the soaring mountains through the terraced hilltops to the pristine wilderness plains. Straddling the equator line within East Africa, where a tourist has a two-hemisphere safari experience within a single tourist Africa safari destination. Uganda is Africa’s most hospitable nation, though being a multi-lingual nation with 56 different languages spoken! In Uganda are different ethnic groups that reside in harmony inclusive of which are the Bantu, Nilotics and Nilo Hamites with
Post a Comment
Read more
More posts