Showing posts from September, 2017
Show All

Whether one is landing in Kampala either on a business trip or for  a Uganda Safari ,  the Urban by City blue Hotel offers an incredible overnight accommodation within the Uganda’s capital city. Designed around a garden courtyard and a lush swimming pool, the Urban by City blue Kampala enjoys a very calm atmosphere surprisingly within the close reach of the Kampala city center. This makes its access to the major shopping centers, major Government and Private offices very convenient. Travelers on  Safaris in Uganda  can as well be easily picked up for the respective trips that normally commence early in the morning. Its popular Cafe Mamba is situated by the pool side and the guests are treated to mouth watering pizzas. The restaurant also serves other dishes and a wide selection of beverages. Accommodation at Urban by city blue is offered in a range of categories from which the diverse interests of world travelers including those on  Uganda tours  are served; These includ
1 comment
Read more

At only ten (10) minutes drive from Entebbe International Airport, the travelers arriving for  Uganda safaris and tours  find a good mid-range facility where they can spend their first or last night. 2 Friends Beach Hotel is beautiful storied building hotel with access to Lake Victoria and its good sandy beach allowing guests to enjoy an amazing sun-downer or dinner amidst the freshness of the world’s second fresh water lake and the largest in Africa. Lake Victoria is itself among the prime  Uganda tour  products. A count of sixteen (16) rooms feature creatively design in various levels to cater for the diverse interests of guests including those on  Uganda Safari .  Some feature the Lake View with and without Air conditioning, Pool View with and without Air conditioning, ground floor rooms without terrace and the budget room. 2 Friends Beach Hotel features 24h/7 security, free wireless internet and mini-swimming pool thus creating a comfortable environment for the world tra
Post a Comment
Read more 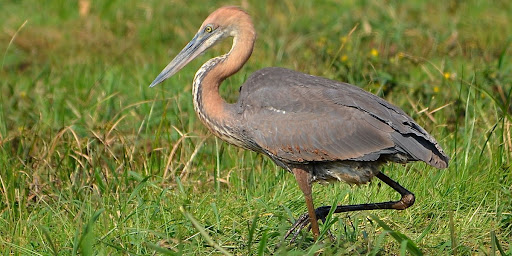 Scientifically referred to  Ardea goliath,  the Goliath heron is one of the outstanding bird species normally encountered on  birding safaris in Uganda . It is a giant wading bird species belonging to Ardeidae – a family of herons and thrives greatly in sub Saharan Africa including Uganda where it is explored on   Uganda safari tours  and also in Southwest and South Asia though in small numbers. The Goliath heron is recorded as the world’s largest heron stretching 120 – 152cm in height, weighing 4 – 5kg and with a wing span of 185 – 230cm. Its bill measures about 24cm from the gape. It features a slow flight with a heavier presentation compared to other herons and its legs are not horizontally stretched. The male and female have no difference in appearance and they are both marked with slate gray and chest nut feathers, bushy crest on the head, white chin, throat, upper breast and fore neck. The black streaks are visible across the upper breast and the foreneck. The eyes of
Post a Comment
Read more

BRIEF FACTS ABOUT NILE CROCODILES – UGANDA SAFARI NEWS Nile Crocodiles also referred to as  Crocodylus niloticus  are remarkable water based creatures that always astonish the travelers on  Safaris in Uganda Africa . They are recorded to be the world’s second largest reptile after the Salt water crocodile. The Nile crocodile thrives across the Sub Saharan Africa including the destination Uganda making it a popular  Uganda Safari  product.  Its habitats include; Lakes, Rivers and marshlands. And although they thrive in saline environments, the Nile crocodiles hardly live in Salt water. Nile Crocodiles are huge animal species with males weighing 225 – 750 kg and extending between 3.5 – 5 m in length. Sexual differences are noticeable among the Nile Crocodiles and females are 30% smaller than the male counterparts. The Nile Crocodiles are known among all species of crocodiles as the most aggressive because it can capture any animal within its reach as often explored on  East
Post a Comment
Read more 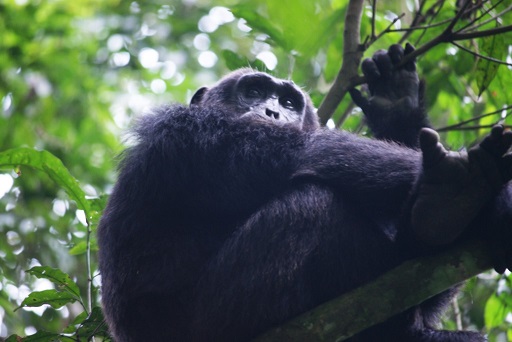 Primate tracking is such a popular Uganda Safari activity for visitors with most more interested in Gorilla trekking Safaris and Chimp tracking. However, with over 14 primate species found in the country, there is plenty for primate lovers to see from the black-and-white colobus, red-tailed monkey and L’hoest’s to the baboons. These primates are usually come across and easily spotted during nature walks in the forests and during game drives or boat launch trip safaris. With all the so many destinations where tourists can go for primate tracking in the country, there are some of these destinations that are praised more for offering the best encounters and experience in this regard and they include the following; Bwindi Impenetrable National Park Bwindi Forest National Park is the destination for Wild Gorilla Safaris in Uganda considering that it’s home to half of the world’s only remaining Gorillas in the wild. Over 450 gorillas are found in this forest and a couple of
Post a Comment
Read more

September 16, 2017
In case you are a traveler on a  Uganda safari  and  Rwanda safari  and you are willing to conduct your own private holiday within these countries privately,  Prime Safaris & Tours Uganda  will be able to offer you a good value car rental package on your dream  safari to Uganda . In most of the car hire arrangements there is always an inclusion of a safari driver-guide mostly, but however in some special cases the company is also in position to offer a  Uganda self-drive safari  option depending on your choices. Prime Uganda safaris and tours limited will ensure that all is covered according to your wishes and the company also has a high degree of responsiveness which is always available. The company staff prides themselves on providing out tailored packages accordingly to the preference of each customer, mostly to the major cities on the countries they operate in. The company offers the best car rental discounts for a large variety of brands and car models including Toyota Rav
Post a Comment
Read more
More posts