Showing posts from May, 2020
Show All

How do they Know a Baby Gorilla’s Father After it is Born? 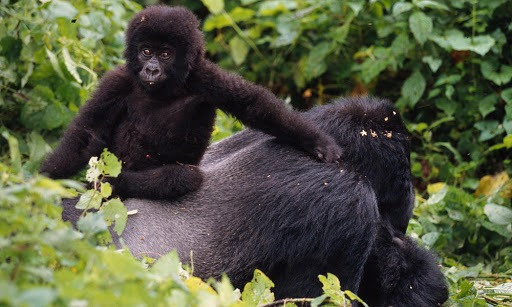 There are many ways but according to the researchers, a part of their research is  gorilla  poop! You may be asking why? Since there are groups with more than one silverback (potential fathers), they can’t always be sure who the father is. But when faeces pass through the intestinal tract, they pull somebody cells with them, and those cells contain the full genome of a particular  gorilla  individual. Therefore, researchers use the faecal samples as a genetic analysis to find out or be sure who the father is. Do Male Gorillas (Silverbacks) have Paternal Instincts? According to the researches done in many gorilla families, paternal instincts in  gorillas  are rarely showcased. A  gorilla  infant is deeply dependent on its mother for the first several years of life, especially when it comes to feeding, warmth and constant protection. However, the  gorilla  father-offspring bond normally occurs when the  gorilla  mother prematurely leaves the group through either a transfer to another  go
Post a Comment
Read more

Are Hippos Aggressive? Why are they very Aggressive & Cases 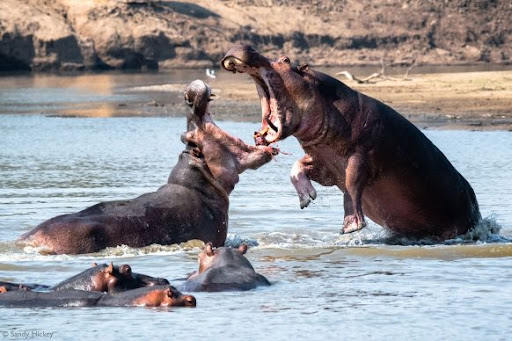 All animals among the Big 5 game are considered dangerous in their own way. Today’s big 5 case study animals is the hippo. Hippos are very aggressive and are considered very dangerous. They have large teeth and tusks that they use for fighting off threats, including humans. That’s why sometimes, the young fall victim to adult hippo tempers. During a fight between two adults, a young hippo caught in the middle can be seriously hurt or even crushed. Male hippos are also aggressively territorial, and brutal fights are not uncommon. Study says this may be as a result of stress caused through overcrowding or a male may also increase his reproductive chances by killing young that are not his, triggering females to go into oestrus, ready to mate with him. Hippos are social beasts, hanging out in groups called schools, bloats, pods or sieges. Schools of hippos usually consist of 10 to 30 members, including both females and males, although some groups have as many as 200 individuals. No
Post a Comment
Read more
More posts