Showing posts from December, 2012
Show All

A Gorilla feeding in Mgahinga National Gorilla Park The Nyakagezi gorilla group having crossed back into Mgahinga National Park has stayed long enough in the park. The good news to Uganda safari companies is that the park wildlife authorities have started issuing permits to track them again. Despite their traveling around various national parks of Rwanda , Democratic Republic of Congo as well as Uganda they safely returned without loss and injury from this migration and have again settled back in the magnificent Mgahinga National Park . On this note therefore,we are pleased to inform you that after them being monitored and resettled these Ugandan gorillas are now ready for tracking/trekking and viewing . Tourists can now buy gorilla permits accessed from the park headquarters and are welcome to book through prime Uganda safaris as gorilla tours/ a gorilla trekking safari call it a gorilla tracking safari are one of our best Uganda safari or Uganda tour packages. T
Post a Comment
Read more

Uganda was declared one of the prime destinations for bird watching come 2013!! 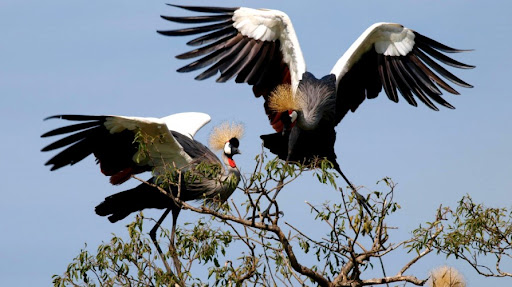 Uganda crested cranes Uganda was declared one of the prime destinations for bird watching come 2013 this comes as result of the boost from the Lonely Planet 2012 award of Best Tourism Destination into the year.This is great news to all Uganda safari bird lovers since bird watching forms a big part of Uganda safaris . There has been a team up between Bird International which is a global conservation organization that is based on protection of birds as well as their habitats and Nature Uganda a Ugandan organization. They are studying the bird population in Uganda but so far this research has highlighted more than 34 spectacular bird watching areas within the country each possessing a diverse variety of bird species. The Uganda Shoebill flying with in its natural habitant. Uganda thus possesses an important biodiversity as it not only holds 10 % of the world’s total bird species but an overwhelming 50% of Africa’s bird population as well. On the same note Bwindi
Post a Comment
Read more 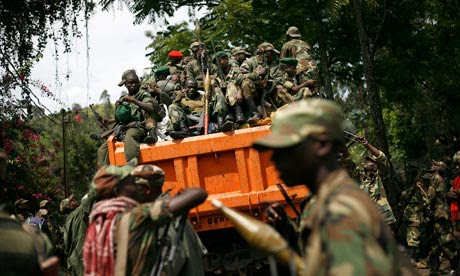 There are continuous efforts to bring about stability in Goma city as well as North Kivu province that lies in the Eastern province of the Democratic republic of Congo. After the December 2 nd incidence in Parc National des Volcans, reports show that the park remains calm as well as stable and gorilla tracking safari activities have kept running smoothly without interruption every day in all the national park areas. M23 rebels leave Goma in eastern Congo All concerned parties such as the DRC government, the  M24 rebels, the Rwanda and Uganda governments are holding talks in Uganda and seemingly they are achieving progress toward permanent peace in the region- a great achievement for the uganda safari industry and the region ( Rwanda,DRC, Tanzania, Kenya and Uganda ) safari/tourism  industry at large. Diplomatic missions have continuously assessed the situation on ground and we too as Prime Uganda Safaris and Tours have visited the park to check on the security situatio
Post a Comment
Read more

TRAVEL STATEMENT ISSUED BY THE RWANDA DEVELOPMENT BOARD 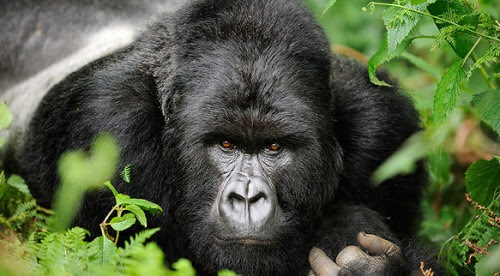 A Rwanda gorilla A statement has been issued by the Rwanda Development Board encouraging tourists and the business society that traveling to any part of   Rwanda is safe and encouraged as the country isn’t compromised by the situation near the Democratic Republic of Congo. The statement reads as follows; The Rwanda Development Board today reassures tourists and the business community that it is safe to travel to any destination within Rwanda .The Eastern Congo boarder crisis has been contained as security has been beefed up and reinforced to avoid any re-occurrence on the Rwandan border, Claire Akamanzi the company executive officer (CEO) of Rwanda Development Board said the government of Rwanda guarantees peace and security in all tourist destinations of Rwanda “We would like to reassure all tourists that it is business as usual in all tourist destinations .Travelers in Rwanda continue to enjoy the magnificent scenery, the pleasant climate, rich culture and div
Post a Comment
Read more 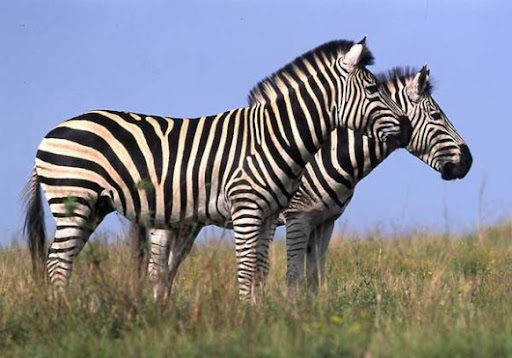 Serengeti National Park zebra family The largest national park in Tanzania-Serengeti National Park, has been named Africa`s 9 th top wild reserve due to its being a habitat to a variety of wild game. This reserve is greatly known and hence popular for its annual great wildlife migration , that has a variety of animals such as the zebras, a significant number of crocodiles, but significantly because it covers a huge area i.e about 15000square kilometers. Serengeti national park is made up three different regions namely; the woodlands of northern Serengeti, the western corridor and the plains. This park is known for its variety of accommodations that range from the very basic to luxury but where to sleep s chosen by the client`s interest. Uganda safaris or Uganda safari news. Gorilla trekking safari / gorilla tracking safari news
Post a Comment
Read more

TAKE PRESIDENT MUSEVENI`S (PRESIDENT OF UGANDA) ADVISE ON ENVIRONMENT. Fetching swamp water The president of Uganda-Yoweri Kaguta Museveni, in November 2012 invited members of youth go green campaign to state house Entebbe for a one day meeting.In this meeting the president presented a paper/document about environment degradation in Uganda.The environment minister plus several environment experts attended this meeting and shared a variety of Uganda`s environment concerns and forged a way forward. According to the president ,Uganda is faced with several environmental/ Uganda safaris-safari industry threats categories that include among others;global threats created by greed from developed countries that generate green house gases such as water vapor methane,regional threats generating drying of wetlands by conversion of wetlands into rice fields and the rampart destruction of vegetation and trees.This has consequently led to the silting of lakes rivers resulting into
Post a Comment
Read more 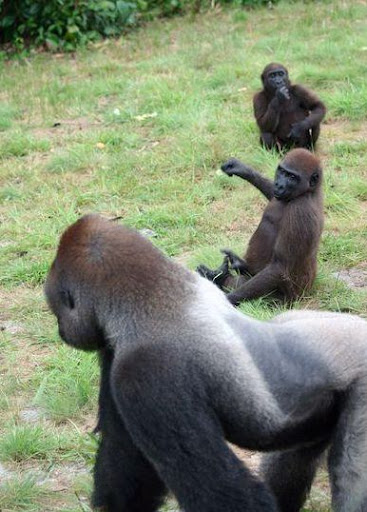 UGANDA NAMED THE WORLD`S TOP TOURIST SPOT-2013 Uganda is named among the 20 global tourism destinations come 2013,according to the national Geographic.Unlike the lonely planet,which named Uganda as the best travel destination for 2012 ,the national geographic which is an international travel channel affiliated to the national geographic society, listed Uganda among the top “new year’s (2013)20 must -see places.” The pride of Uganda’s tourism lies in the undistributed green cover that welcomes you the moment you arrive in Uganda whether by land , air or water transport,stated the National Geographic. They stated that getting out of the city on a Uganda safari or tour is a more rewarding experience as it provides one with a variety of bird species ,wild life and the rare Uganda mountain gorillas that have been ‘a hot cake’ to Uganda tourists that tour Uganda. The National geographic recommends a number of books and documentari
1 comment
Read more 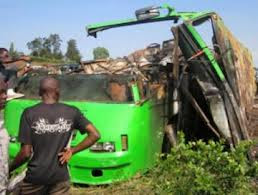 UGANDA WILDLIFE AUTHORITY`S STATEMENT AFTER THE ACCIDENT THAT KILLED AN ELEPHANT After the fetal accident that took place on Friday 16th November 2012 by an over speeding bus knocked and claimed a life an elephant plus many people, just after loosing an antelope in Busitema, Uganda Wildlife Authority has extended sympathies to the grieved families and individuals who sustained injuries as a result of this terrible accident. Consequently in a bid to protect the Uganda safari or Uganda tours business, Uganda Wildlife Authority has reminded and urged motorists that the wildlife laws stipulate clearly that the speed limit when crossing/driving through or near a Uganda National Park and game reserves is 40km per hour. To this effect, some sections of the public and media have queried the Uganda Wildlife Authority`s in ability to keep wildlife animals from roaming in the streets. Uganda Wildlife Authority has come out to inform the public and the nation at large that a
Post a Comment
Read more
More posts