Showing posts from April, 2016
Show All 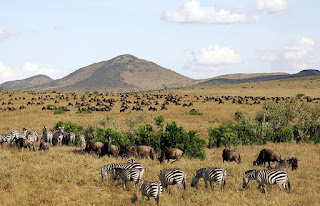 The Maasai Mara Game Reserve according to the World Travel Awards stands as the best park on the continent of Africa which is attributed to its myriad of wild game, predators along with the historical and wondrous wildebeest migration that have for long formed the spectacular wildlife safari in Uganda and Kenya with the former presenting an ideal primate viewing extension. This ranking of Maasai Mara Park gives it a grand lift following the last year’s eighth position ranking by the Safari bookings in best 50 national reserves in Africa.  Considered the epitome of the Kenya’s wildlife circuit, the Maasai Mara National Park won other famous wildlife parks including Kruger National Park in South Africa, Serengeti National Park in Tanzania and the Botswana’s Central Kalahari Game Reserve. To the north tip of Zanzibar, the Diamonds La Gemma dell'Est hosted the Red Carpet event where the Maasai Mara Park was recognized with this prestigious award in the safari world.  T
Post a Comment
Read more 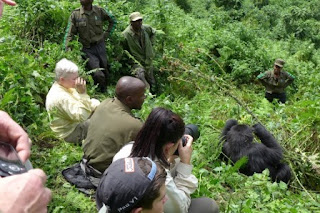 Following a period of complacency, the government economic analysts and technocrats have eventually realized that the economy of Uganda need a faster drive despite the long held notion that it is resilient. At the 6 th annual high level policy dialogue about the National Budget that was arranged in Kampala by the Advocates Coalition for Development and Environment (ACODE) on Tuesday 26 th April 2016, Keith Muhakanizi – the Secretary to the Treasury and the Permanent Secretary in the Ministry of Finance noted that the country requires a bullet that would twist the economy and to him this bullet is none other than tourism. The official made the remark during his presentation and argues that for long the Uganda Safaris and tours along with other forms of tourism have been at the peripheral of the essential drives to economic growth and development. The issue of increasing import bill is a serious one and the country ought to consider all the possible efforts to neutrali
1 comment
Read more

BAKER'S LODGE; THE ONLY LUXURY IN SOUTHERN MURCHISON 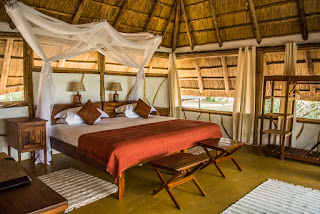 BAKER'S LODGE Positioned to the Southern bank of the Nile River, is the only luxury safari lodge on southern side of Murchison Falls National Park that opened its doors to affluent Uganda safari undertakers in early last year. This remarkable game lodge is an addition to the chain of Uganda’s exclusive camps which have other fascinating facilities like Ishasha Wilderness Camp in Queen Elizabeth National Park – Ishasha sector and Buhoma Lodge in the Uganda gorilla safari destination of Bwindi Impenetrable National Park. Baker’s Lodge draws its name from the famous English Explorer Sir Samuel Baker who is known as the first European to discover Murchison Falls on his journey to find the source of the Nile from the North. The Lodge is constructed in a spacious private area free of dense undergrowth but only with a beautifully landscaped grass along with huge shade trees and wetland that connect it to the river presenting a serene environment for guests Uganda safar
Post a Comment
Read more

THE TOWERING GIANTS IN THE TRUE AFRICAN WILDERNESS 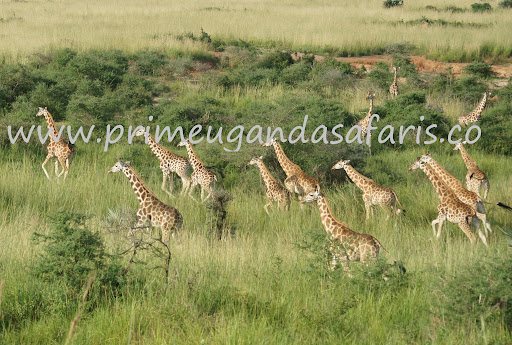 The Pearl of Africa Uganda would not be better described without talking of the magical Kidepo Valley National Park and its offerings which qualify it among the popular Uganda safari tour sites. Though many would first think of giant elephants – the members of African big five when it comes to remarkable herbivores in Kidepo, the virgin wilderness of Kidepo presents more than that. Standing as the world’s tallest mammal and the largest ruminant, the Giraffe features a camel like shape along with a colouring like that of a leopard, browsing to the higher layers of trees facilitated by its long neck as viewed on safaris in Uganda . The Giraffes are remarkably tall with even the new born babies taller than some of the human beings. Its towering height never disappears in the park since even at the time of giving birth; it remains standing and maintains the similar posture while sleeping. These Uganda tour products are re-known for featuring 10minutes to 2 hours of sle
Post a Comment
Read more 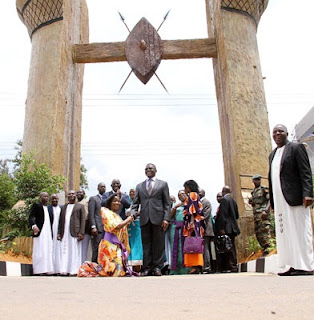 The Buganda Monument is positioned in between the two of the Uganda safari tour sites namely; Royal Palace of the Kingdom of Buganda at Lubiri and the hill of Bulange the home to the famous parliament of Buganda along the Kabaka Anjagala road also referred to as the Royal Mile. The Buganda Monument stands as a huge split drum locally referred to as Engalabi featuring other smaller drums locally known as Nankasa representing a complete set of drums that are used in the Buganda Kingdom whose existence date far baack to the ancient times and recognised among the few Kingdoms of Africa that are still standing. This monument received much more credibility when the Ministry of Tourism, Wildlife and Antiquities registered it as an object of monumental value to the inventory list of historic properties and places in the Uganda that would as well be of interest to the travelers on Safaris in Uganda . Named Nantawetwa Monument, the restricted access gap in the middle of it is
1 comment
Read more 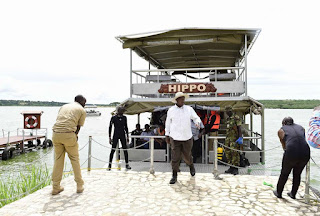 Amidst very tight schedules, President Museveni is hailed to have spared time to visit some of the tour Uganda Safari sites at the beginning of April 2016. Thanks to the Kasese clashes that prompted the President’s visit to the region of Rwenzori on the security assessment mission. Following the security unrest that characterized the region of Rwenzori in the after mass of elections which included alarming killing of people including security personnel, many of the government officials visited the region including President Yoweri Museveni. On his security assessment mission, the President also managed to identify time to visit the Uganda Safari tour destinations in the region. It is recorded that the President visited Semliki Valley National Park in the district of Bundibugyo on April 6 th 2016 exciting the revelers including the Uganda Wildlife Authority staff and the visitors on safaris in Uganda that had visited the park. The President undertook the famous Sempaya
Post a Comment
Read more 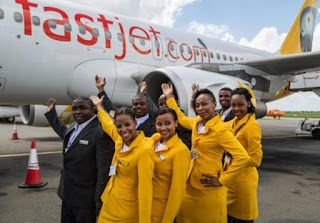 Fast Jet one of the re-known low cost carriers on the continent of Africa and a darling to many travelers including those on safari to Uganda is commemorating a two million passenger hit. The carrier which commenced operation four (4) years ago on the continent of Africa has seen rapid growth in its passenger flow in the last two (2) years. This is because it hit one (1) million passengers in January 2014 and now one year down the road, it has realised another one (1) million passenger flow. The Airline is convinced that the achievement is an indicator of its penetration in the hearts and minds of the first and repeat clientele in the destination Tanzania including those that connect from their Uganda Safaris and tours along with the other countries in East and South African region. The Fast jet carrier records to have operated 21,800 flights at both domestic and International cheaper fares growing its fleet to five (5) A319 aircrafts according to its Tanzanian General M
Post a Comment
Read more

GAME RANGERS BOOST THEIR CAPACITY IN TECHNOLOGY THROUGH GORILLA CENSUS 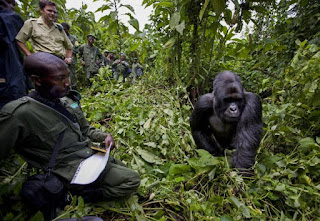 The park rangers and trackers in gorilla safari destinations of Uganda, Rwanda along with Democratic Republic of Congo have embarked on the utilisation of the Global Positioning System (GPS) along with other tools for the gorilla counting exercise in the Virunga massif. During the gorilla census exercise, the enumerators follow a gorilla trail also used by travellers on gorilla trekking safaris in Uganda and Rwanda traversing the dense towering bamboo tree species before locating the gorilla nest site from where the scientific recording takes place. It can be noted that unlike the human census, during gorilla counting, the enumerator does not get the opportunity to meet the mountain gorillas physically but they aim at spotting the nests where the gorillas spent an overnight. The records of gorilla solid waste are taken for examination of genetics from which the lineage and age of the identified species is determined. The veterinary experts assert that when the dung of th
Post a Comment
Read more
More posts