Showing posts from May, 2013
Show All

May 17, 2013
President Yoweri  Museveni  has pledged sh100m towards the development of Kagulu hill into a tourism site during Busoga’s campaign to promote tourism or Uganda safaris in this potential region. This offer was made while addressing residents at Kagulu hill in Kagulu sub-county, Buyende district, last week where this new Uganda safari spot was unveiled by the Busoga Tourism Initiative (BTI). ITS HISTORY: Historically Kagulu hill was the site, where Prince Mukama Namutukula who is said to be the founding father of Busoga, first settled after his arrival from Bunyoro region, across Lake Kyoga. This historical site is approximately 3,500ft above sea level, having a five kilometre radius. Other sites include Bukaleeba peninsula and Kyando located in Mayuge district, Bukatube sub-county. BTI wants Bukaleeba, gazetted as a game reserve region, because it boosts of a forest reserve covering over four villages, while the other spot known as Kyando histortorically is where
Post a Comment
Read more

May 17, 2013
Uganda’s state Minister of industry has invited interested business men from Israel to invest in the Uganda tourism industry i.e the Uganda safari sector, and agricultural processing sectors. This message was given to the visiting Israel’s ambassador to East Africa, Mr.Gil Haskel by Dr James Mutende when he recently visited Abayudaya faith community in Mbale. Busia boarder located in Mbale is a fast growing centre of trade for the East African countries as well as South Sudan and would be transformed into a food basket if Israel invested in this important Ugandan safari trade in the region. Dr.Mutende requested that as Isreal plans to help develop the Abayudaya community in Mbale, he would like to take this opportunity to invite them to invest in the different opportunities like Agro-processing, industry and tourism ( Uganda safaris business) in Mbale as well. He assured them that he had seen how green Mbale is, with its tourism potential and it has an industrial
1 comment
Read more

We need viable and sustainable methods to achieve long-term plans

May 17, 2013
Prime Uganda safaris wishes to make a statement about the recently launched Uganda government 40 years strategic plan, especially under the environmental preservation close. It is a shame that in this era as major stakeholders in this country’s resources, citizens who are major stake holders in regard to the country’s resources continue to lag in the background as second fiddle. It is a diversionary and belated attempt of government coming up with its proposals to check on the population growth many days after launching Vision 2040 plan. Apparently it is a priority to that before embarking on any national plan, the population must be checked first and controlled and should have been put into play several years ago. However the media should be appreciated for its efforts in sensitising the masses about the importance of environmental protection so as to reserve the natural resources of Uganda and ensure preservation of the rear species like not encroaching on the fo
Post a Comment
Read more 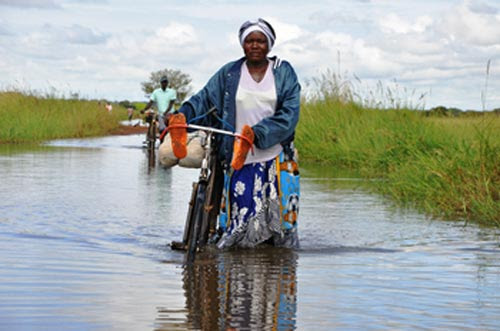 River Nyamwamba has continued being hazardous to those residing in Kasese after it burst its banks again bringing along huge blocks of rocks which lead to sever destruction, loss of lives and property and has forced people out of their homes. Transport has as well been affected as roads are blocked and bridges can’t be crossed. Buses and heavy trucks are forced to drop off passengers half way the journey forcing them to carry their heavy luggage on head or hire services of potters. This is bad news to the Uganda safari industry as tourists having their Uganda safaris and tours are either delayed or to reschedule their safaris. This catastrophe has so far left some people dead and thousands homeless. This river, which originates from the glaciers of Rwenzori Mountains, flows through Kilembe Mines with at least 15 kilometres downstream from Kilembe mines. River Rukoki, which is its main branch, flows into a wide stream of wetlands bordering the north shores of Lake
Post a Comment
Read more 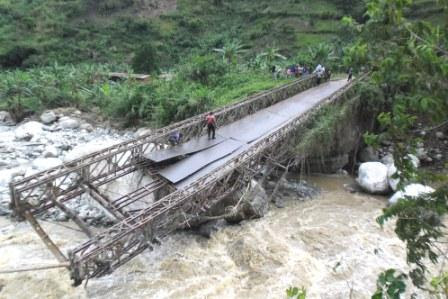 Kasese has had lost lives plus homes as well as livelihoods caused by the river that burst its usual banks caused partly by people that tampered with the original river’s banks by either farming, mining or settling along them. This flooding has not only affected people but also the Uganda safari industry as tourists to Uganda tour attractions in this region cannot access then easily Many people, who were residing in the currently affected area adjacent to Kilembe Mines Hospital, can only point at where their houses were located but all were washed away by the roaring floods. For many, not even remnants of their foundation can be identified. Many residents thought that these were the usual sporadic floods common to area with the usual negligible effects. They simply locked the houses and went to the community centre or simply looked themselves in their houses hoping to get back to their usual lives after the heavy rains. To many this turned out to be a night mare and
Post a Comment
Read more 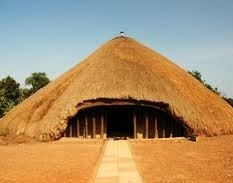 The best travel magazines and online agencies in the world have several times listed Uganda as an unmatched world travel destination. The Uganda safari sector commonly dabbed as Uganda tourism sector has amidst several challenges managed to win many hearts and smiles of many worldwide tourists/travelers that have made several Uganda safaris to Uganda`s several unique tourist attractions commonly called game parks. A Uganda safari or a Uganda tour to Bwindi Impenetrable Forest Gorilla National Park of Uganda, the Rwenzori Mountains National Park, and the Kasubi Tombs –the Official burial site for the kings of the Buganda Kingdom, are part of a globe –a £1m classic tour of all the 962 UNESCO heritage sites. Anyone who has had a tour of Uganda on any Uganda safari featuring these attractions will bear witness; this is a dream safari memories of which can be matched by none. According to the UK’s Daily Mail, this unique journey, offered by Veryfirstto.com, will vi
1 comment
Read more

May 06, 2013
In February 2013, Uganda and Libya signed a memorandum of understanding that is to promote trade and Uganda safaris - Uganda tours among these countries. In effect the pact brought into force by the signed memorandum by the visiting Libyan Roving Scouts to Uganda in Feb shall improve networking between east Africa scouts with their Libyan counterparts. According to Mr. Idris Elahalafi, a former Libyan chief, stated that they want to give line of hope to their Libya youth through such cultural exchange programs that after war peace can prevail as reconciliation as well. The deputy general manager the tropical scout himself, also observed that more Libyan tourists would safari Uganda once an ambassador of Uganda to Libya and vice versa is appointed. He further disclosed that Uganda has no Libyan ambassador like in many other nations there is but we are optimism this standing block to trade and cultural exchange tours between these two countries. Once this is done, this
Post a Comment
Read more 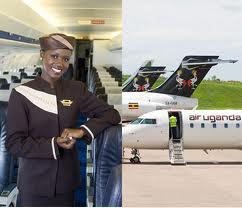 High end Uganda safari clients have finally been catered for. Air Uganda has introduced a Crane class is designed to fit between business and economy class It will therefore cater for high profile people from Uganda and the world at large. Sophiscated clients will now find reasons to fly with Uganda`s main airline. According to Lucy Ismail, Air Uganda`s Country Manager, Crane class has been modeled to accommodate high class clients who wish to fly in business class on normal passenger planes. She further said that the Crane class was modeled between business and economy classes as she was introducing their latest innovation of Air Uganda to its corporate customers. She affirmed that the Crane class has enough legroom, a beautiful lounge access and extra baggage capacity. Lucy noted that Air Uganda flies between Entebbe and Dar-es-Salaam’s but will soon add Kilimanjaro International Airport to its flying destinations. This will help Uganda tours/clients who after thei
Post a Comment
Read more
More posts