Showing posts from April, 2013
Show All

KAYIHURA PASSED OUT OVER 100 TOURISM POLICE

The ministry Tourism in Uganda is to issue new guidelines

April 05, 2013
To further boost the Uganda safari / Uganda tours / Uganda safaris sector in Uganda, the Ministry of Tourism, Wildlife and Antiquities has compiled a new set of rules/guidelines that will see the amendment of the 1996 Tourism Act. If adopted, these will suit the current trend as well as cater for the emerging issues in the steadily growing Uganda safaris / Uganda safari / Uganda tours sector. The oil and gas mining activities are Top on the list of those to be regulated for of is not catered for in the old Act this is a new discovered resource in Uganda yet it directly affects the Uganda safaris / Uganda safari sector. Stake holders from the ministry of Tourism, Uganda Wild Life Authority and other wildlife conservation organisations, all want to incorporate policies/guidelines to legalise oil and gas mining without endangering the natural habitats of wild animals /creatures in the protected areas that form the basis to the Uganda safaris sector. In spite of the fa
Post a Comment
Read more

April 02, 2013
In a bid to protect the Uganda safari / Uganda safaris or the Uganda tourism sector,the Uganda Wildlife Authority (UWA) has arrested so many encroachers and poachers .These have subsequently been aligned in courts of law with their exhibits as proof of their crimes. Many exhibits have gone missing within court and this has left UWA no choice but petitioned the High Court Registrar over exhibits worth Shs300 million that have gone missing in a bid to fight these enemies to the Uganda safari / Uganda safaris industry . UWA demands that the High Court investigates how the exhibits, pangolin scales, were replaced with debris. Mr Andrew Gunga Sseguya`s petition , the Executive Director, reads in part “My staff and the police officers who were involved in the investigation, prosecution and handing of this matter were dismayed because they were eventually given pieces of cow horns, saw dust, empty mineral water bottles in the place of exhibits they had handed over to cou
Post a Comment
Read more

300 farmers are to be evicted from Bokora-Matheniko Game Reserve by UWA.

April 01, 2013
To save the future of the Uganda safari / Uganda safaris / Uganda tours or Uganda tourism sector, the Uganda Wildlife Authority will evict about 300 farmers that have been cultivating in the Bokora-Matheniko Game Reserve in Karamoja region an area gazetted for wild animals, according to UWA. According to the senior game warden in charge of Karamoja, Mr. James Okware, the farmers would only be allowed to graze domestic animals in this reserve.This will give room for the free growth of Uganda safari attractions-the wild life animals for those making a safari to Uganda in this region. Mr. Okware added that preventing crop farming would maintain the ecological balance in the game reserve hencecreating a conduceive environment for wild animals that will attract Uganda safari lovers to have a safari to Uganda or safaris to Uganda . These Uganda safari gazetted destination are found in Kotido, Moroto, and Kaabong districts mostly around the dams of Arecek, Kobebe, and Longo
Post a Comment
Read more 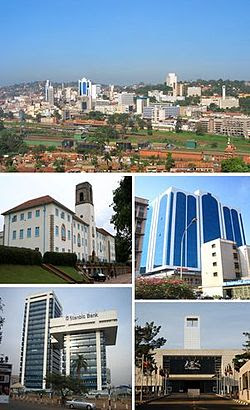 POLITICIANS AND POLICE SPEAK OUT ON ILLEGAL TIMBER SALES

April 01, 2013
Mr.William Kyomya, the LC3 chairperson for Pakanyi sub-county, , said that he gave up dealing in timber because of harassment. He intimated to Saturday Vision in an interview that he gave up trade in timber three years ago because of  being harassed”,yhis how evsr is good news to the Uganda safari/ Uganda tour / Uganda safaris industry . Mr.Juma Okungo the Masindi District Police Commander says: “I am new in this place and I do not know anything about Kyomya’s former timber operations.” When he was asked about a case in which a timber dealer, Akim Kabagambe, last month accused the Police of extortion, Mr. Okungo told Saturday Vision that the allegation against two Policemen had resulted into a charge. But Akim withdrew the case and wants the State Attorney to drop it. “Kyomya accused the Policemen of demanding for money by menace,” says Mr.Okungo. He further said that they have reduced cases of environmental abuse and that what they need is the support of th
Post a Comment
Read more

April 01, 2013
The year 2013 has seen the Uganda safaris / Uganda safari business have a great deal that will see the visit to Ngamba Island made easy and shorter. A  memorandum of understanding to this effect was signed between the Kajjansi Aero Club (Fly Uganda ) and the Ngamba Chimpanzee Sanctuary and Wildlife Conservation Trust which will involve this flight firm– Fly Uganda carry ing  tourists on a Uganda safari to the Lake Victoria island famously known for its chimpanzee conservation, as well as the monitor lizard and a variety of bird species. Purchased from a Japanese Police Force  three years back , t his helicopter is yet to be used in Uganda and  help boost the Uganda safari / Uganda safaris and tours business sector as well as other tourism features of the Ngamba  island that include sport fishing and community nature walks as part of eco- tourism. This chopper carries over  four passengers with a return trip going for $980 for all the four full packages, includ
Post a Comment
Read more

3 Days Uganda Gorilla  safari tour- Bwindi Gorilla tracking Safari -Tour, Uganda Safaris, Uganda Gorilla Tours Having 326 Gorillas, gorilla trekking tours & safaris form the major tourist activity/attraction in Bwindi. On daily basis more than two gorilla groups are usually available for tourists to trek. The Mubare group comprising of 16 gorillas with1 Silver back, this group was officially opened for tourism in 1993.The other group being the Habinyanja group which comprises of 23 gorillas with 2 silver backs and was readily opened in July 1998. The last and third group of gorillas comprising of 17 gorillas with 2 silver back, is yet to be open for tourism. Note that; -All Uganda gorilla tracking safari permits are sold by Uganda Wildlife Authority (UWA) at the Headquarters in Kampala with only 8 gorilla permits per day being sold for each of the 2 Gorilla groups. Advance booking- at least 3 months in advance is recommended to prevent missing out. - The Uganda
Post a Comment
Read more

April 01, 2013
In Budongo Forest, Masindi district illegal tree cutters are usually very suspicious of any new face that comes in the area be it on a Uganda safari despite seeing many tourists going there on various Uganda safaris for Chimpanzee tracking safaris and birding safaris as well as nature walks. According to Gerald Tenywa,  some high-ranking Uganda Government officials and timber dealers have made a fortune from the increasing illegal timber sales. Despite these deals the residents around affected forests like Budongo and Mabira who steal the timber and sell it to these dealers reducing the various Uganda safari activities, are still poor. The dusty road to Budongo forest narrows into a path as it ushers you into the domant Nyakafunjo village in Masindi district after a 300km journey, northwest of Kampala making it hard to get to this woulb be great Uganda safari attraction that would attract many Uganda safaris activities had the raods been in a good state perharps. Ma
Post a Comment
Read more
More posts